How to quickly restore a power line with ERS towers ? (Emergency Restoration System)

Or how to quickly replace electricity pylons which are damaged or under maintenance?

Electricity: The vital issue of our societies, which depends, among other things, on the strength of the pylons

Electricity is the backbone of our modern world. And the pylons, which support the high-voltage transmission lines, are the transport arteries. Being the key elements, pylons create a formidable web, both powerful and fragile at the same time. They are the crucial links that are subject to climatic hazards, landslides, deteriorations, sabotage, vandalism and maintenance difficulties.

Many are the examples that illustrate how the failure of power lines has such major consequences for the population, the economy, and public services.

Weather conditions, as we all know, are unfortunately getting more extreme year after year in all parts of the world. As scientists predict, cyclones, fires, droughts, torrential rains, floods, snowfalls and ice storms… will intensify in violence and frequency in the decades to come. All of these represent so many potential risks that make electricity grids vulnerable, in developed as well as in developing countries. 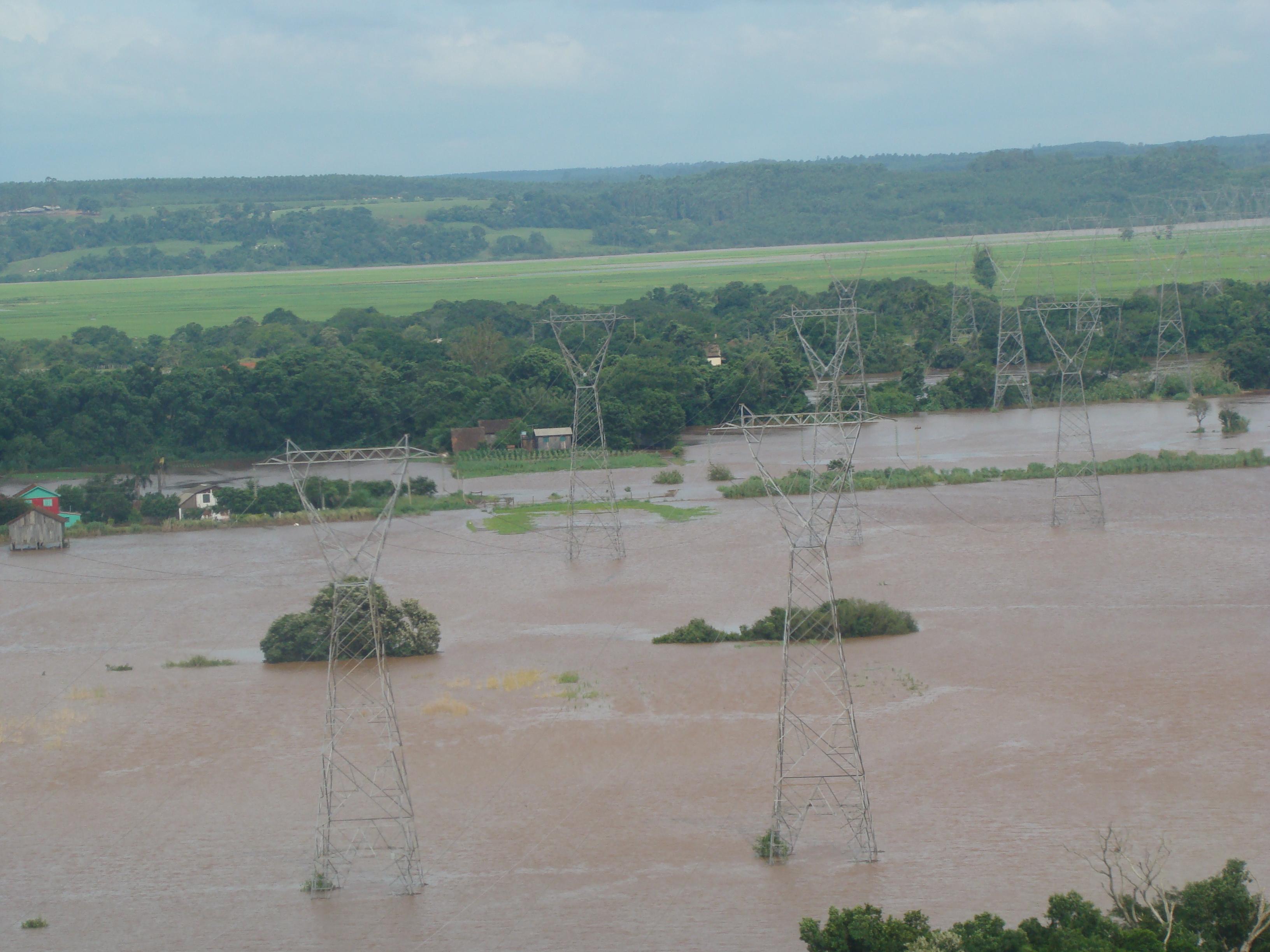 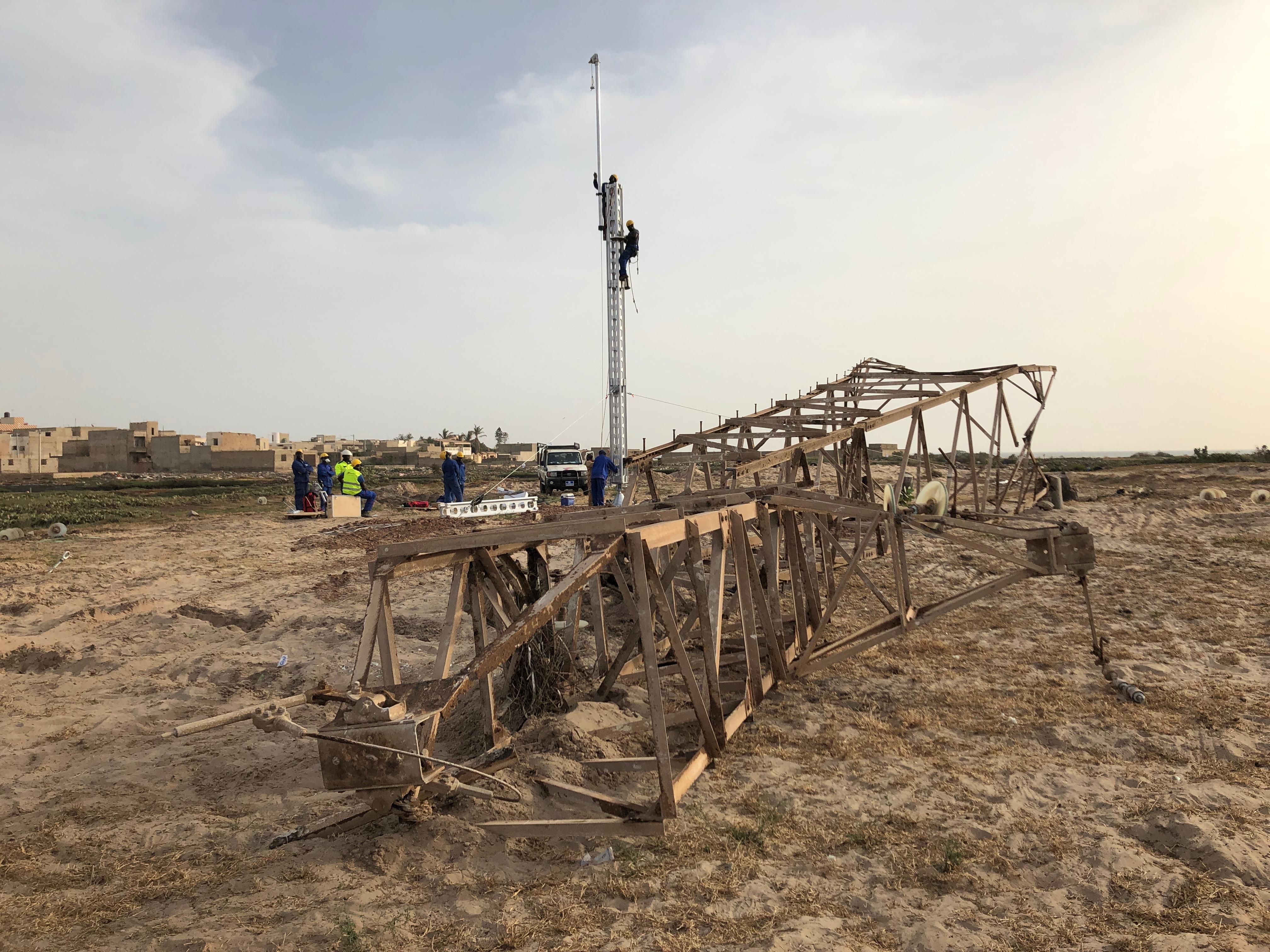 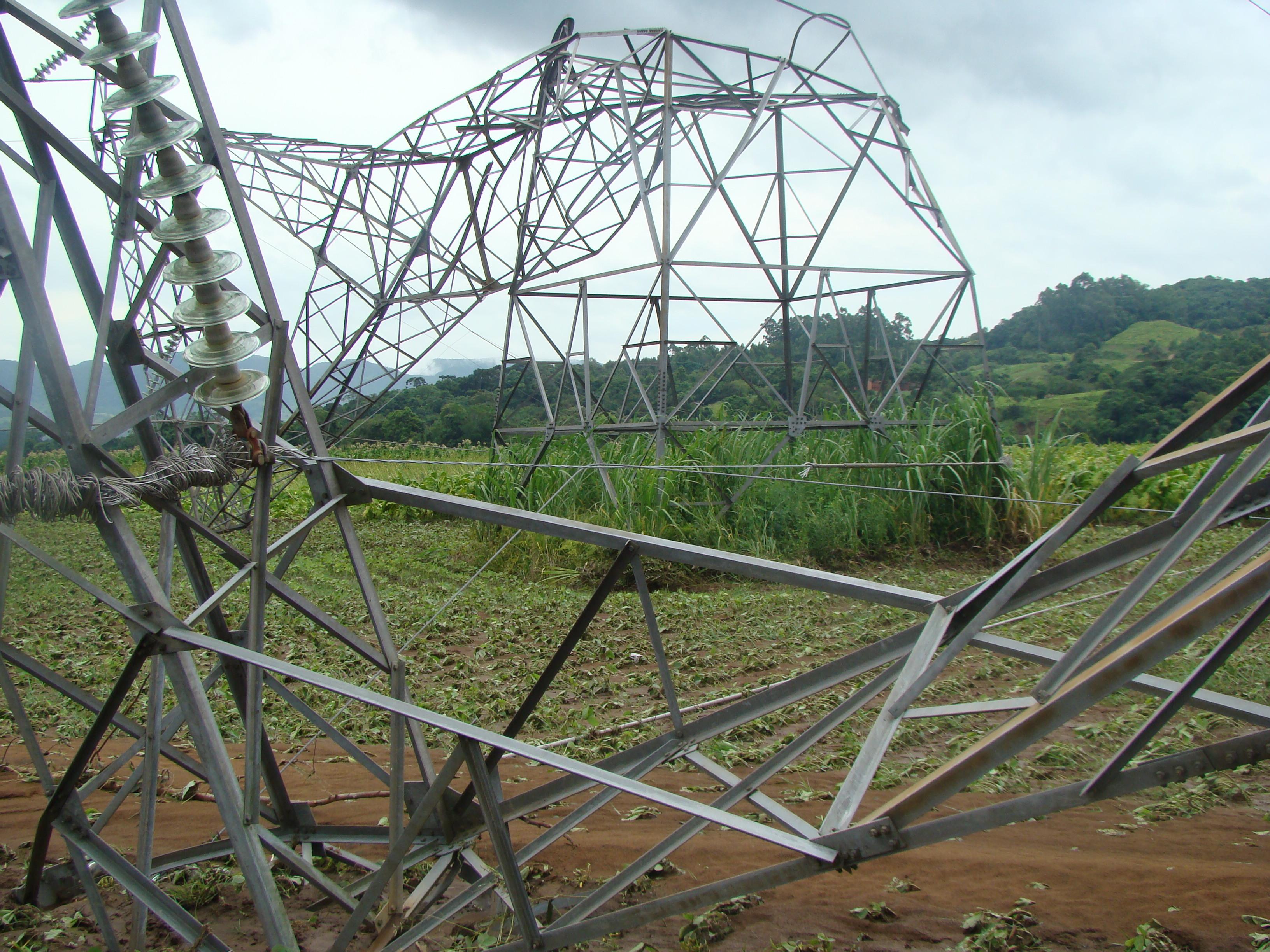 These examples, among many others, prove that two factors make these situations particularly difficult; not only the failures themselves and the (re)construction effort they require, but also the time required to repair the system, which can take days and sometimes weeks. In fact, the utility company must be able to remove the damaged tower, build a new foundation, transport the elements of the new pylon to the site, and then install it.

This puts considerable pressure on the shoulders of Transmission System Operators, as they not only lose revenue, but are obliged to reconnect their subscribers as quickly as possible. Yet the savings as the result of diminished interruption time of electricity transmission, far exceed the cost of an ERS system.

Furthermore, the legislations of some countries establish and impose daily financial penalties against these companies in the event of a service interruption. These penalties are sometimes called "customer minutes lost" (CML). In fact, this energy constitutes a primary service for the survival of the community, and/or for the operation of essential economic activities such as mining.

This is why many Transmission System Operators have an obligation to proactively own an emergency replacement system, and to have it available and close to their network in the field.

ERS towers (Emergency Restoration System): The solution to maintain or restore power quickly, and at a lower cost

And that's where ERS Emergency Restoration System towers come in, to quickly restore system after emergency shutdown. These prefabricated aluminum structures can be erected in just a few hours over several hundred meters, in order to replace or temporarily bypass faulty transmission lines. The amount of time saved is paramount for both the electric transport company and all of its customers.

The socio-economic and political issues are such that towers are also used in non-urgent cases for maintenance, modernization and/or construction of a power line, so as to not risk interrupting the circuit.

It is therefore useful for power grid managers to keep a stock of ERS temporary towers as a precaution, in order to avoid and/or minimize interruptions to the power supply.

Simple, strong, durable, and reusable, ERS Emergency Restoration System towers are as fundamental as a medicine cabinet, both in emergency situations and in work planning situations.

ERS towers are modular guy-wired aluminum structures, with a quick and simple assembly, likened to that of a logical construction game exercise. These towers are installed directly at the location of pylons that are damaged and/or undergoing maintenance.

By establishing a temporary bypass, they can quickly restore power to an electrical transmission line ranging from 69kV to 1200kV. It is during their operation that the pylons can be repaired in parallel. Once the repair is complete and power is restored to the main circuit, the Emergency Retrieval System towers are dismantled and stored away for future use. 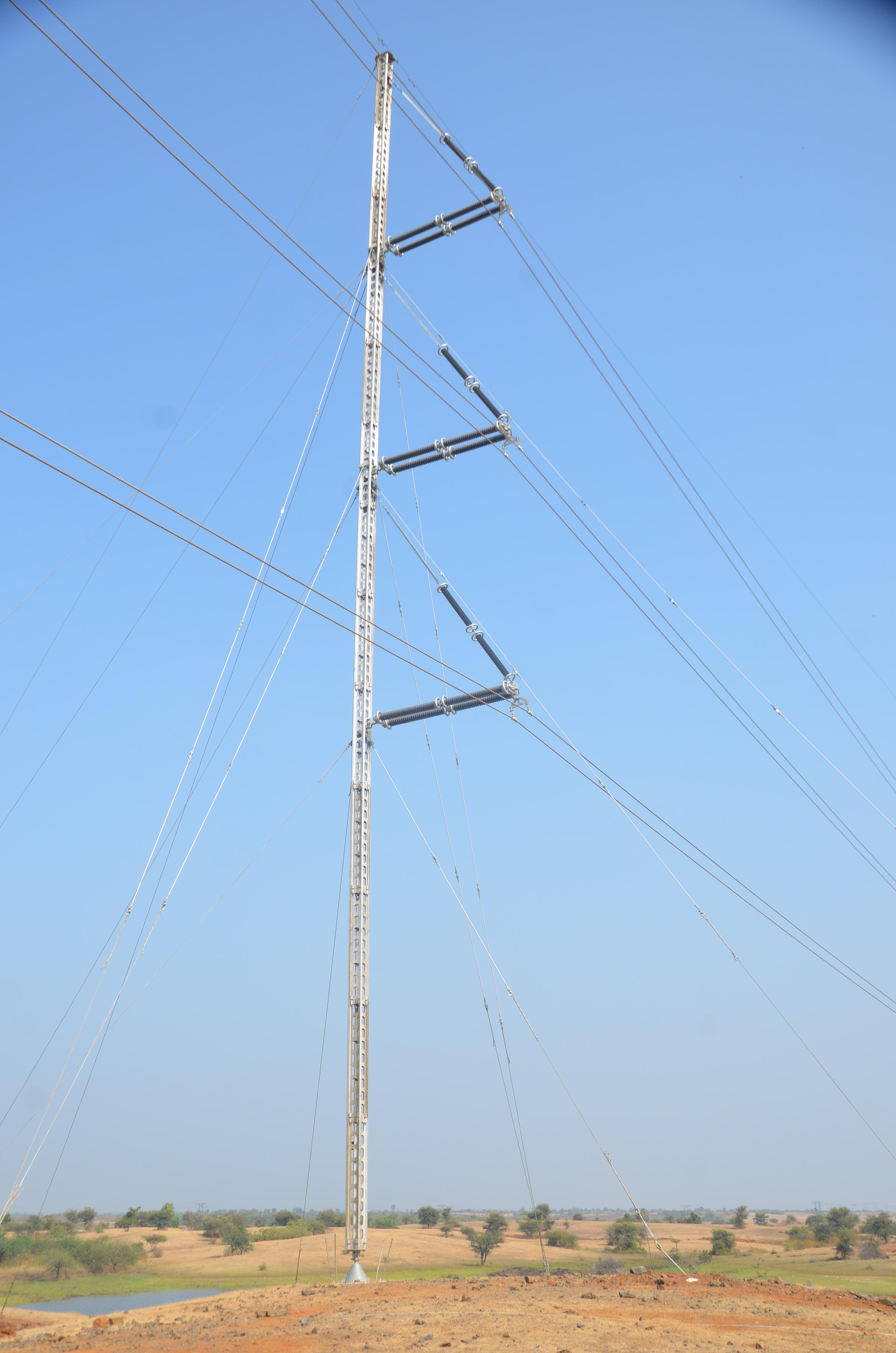 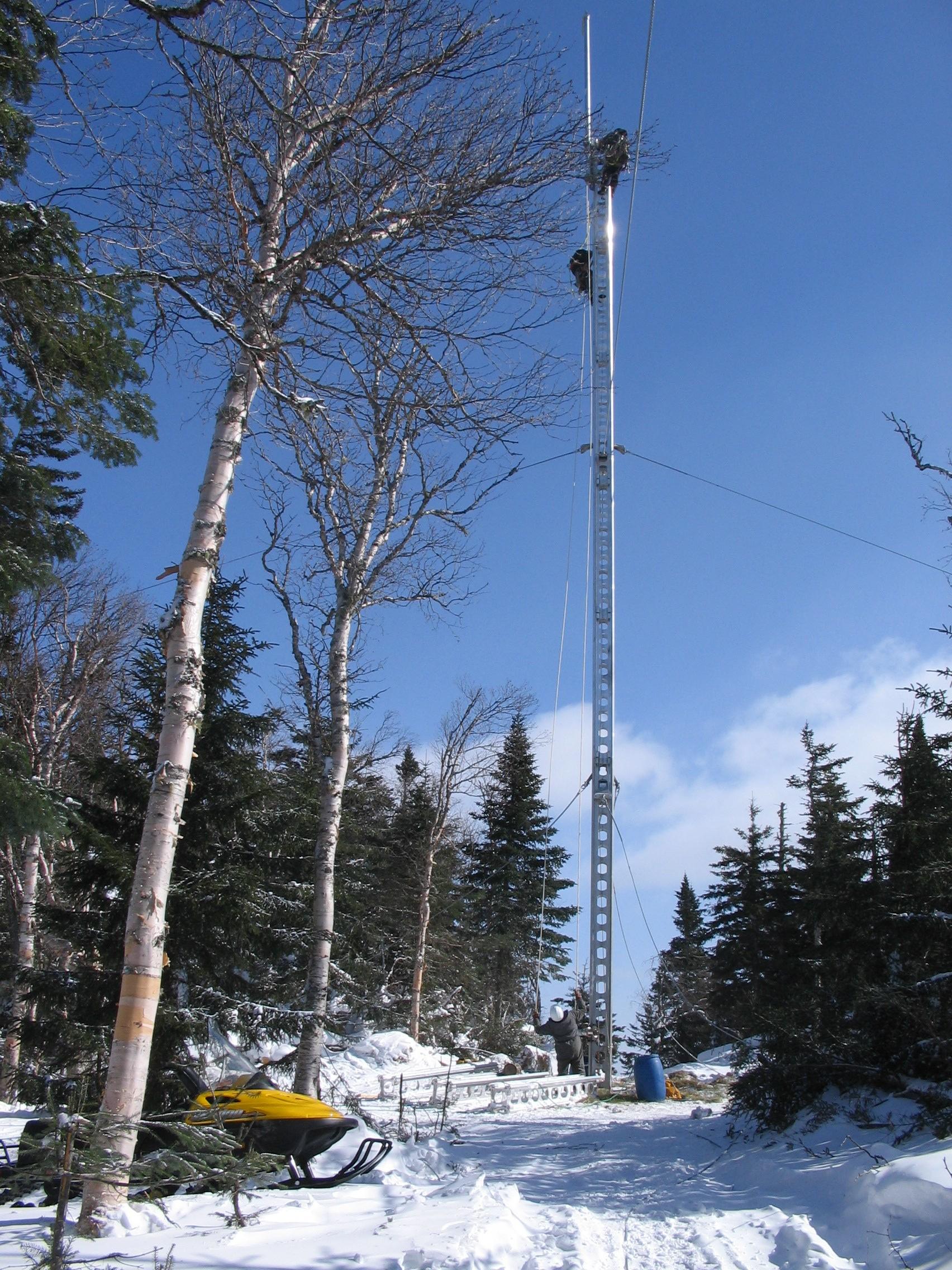 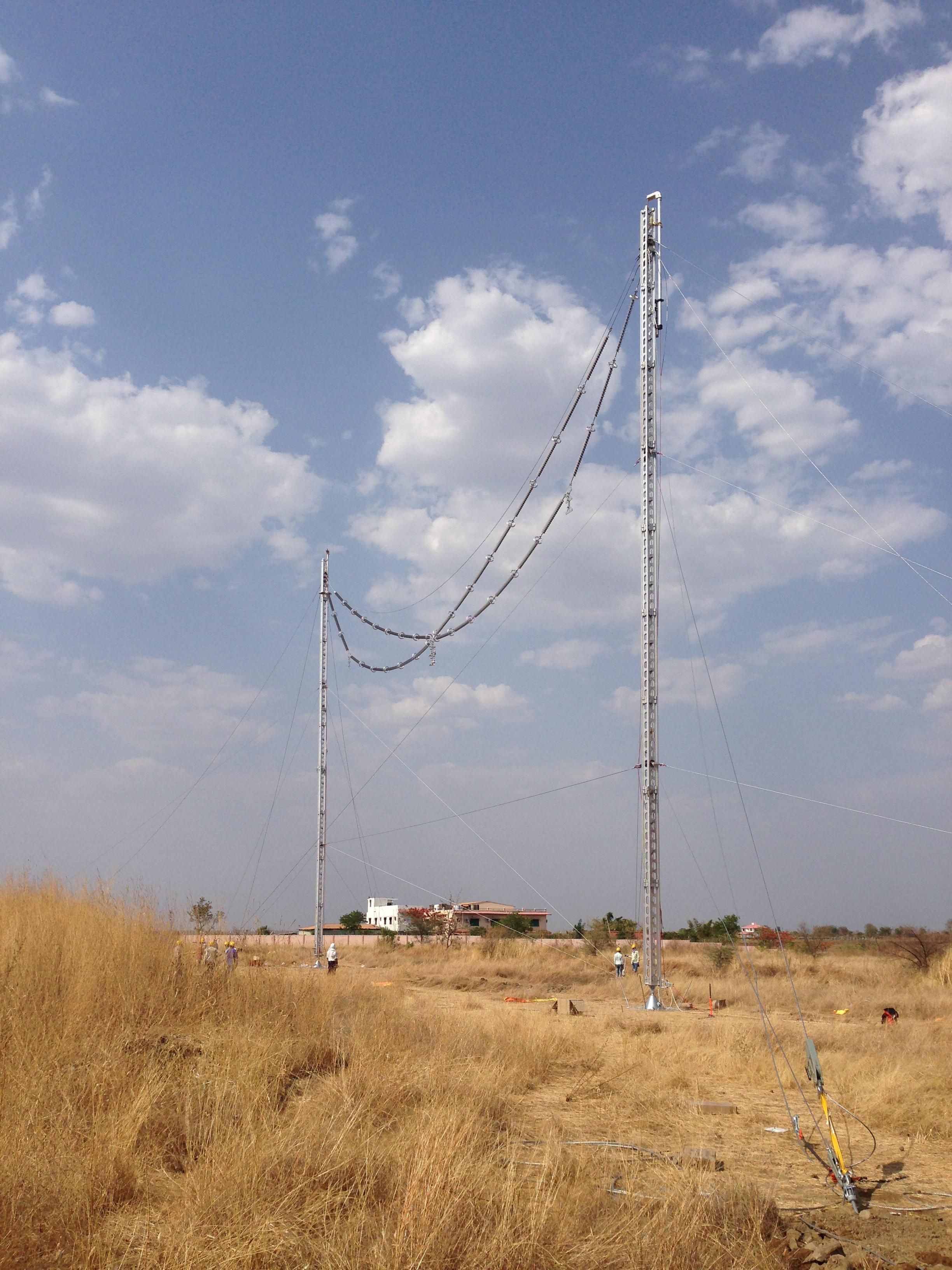 How does it work ?

The installation methods are straightforward. The different sections of the tower are stacked on top of each other, forming a tower between 20 and 120 meters high, depending on the requirements. The tower is kept securely attached to the ground on a base plate anchored with stakes. Digging a foundation is not necessary as the tower remains straight and stable thanks to a system of anchored guy-wired ropes, which keeps it grounded to an articulated base. Even with wind pressure or bad weather, the tower remains perfectly in place. At its peak, it supports a system of insulators and conductors for power lines.

View the components of a tower here

This ERS equipment is light and compact, and can be transported and installed on all types of terrains, whatever the nature and the slope (mountains, forests, sand, flood plains, etc.), and in all weather conditions (rain, snow, heat…). The towers take up little floor space and are easy to assemble and store, even on complex sites.

The set is delivered and stored in sea containers, which are used not only for transport, but also for the long-term storage of all parts.

The solidity of the components and the durability of the materials, usually aluminum, are resistant to corrosion from moisture and salt water. This allows the towers to be dismantled and reassembled several times. They can also be combined in order to create various configurations :  suspension towers, tension towers, or terminal towers, whether in single, horizontal, vertical, or delta circuits. The same towers can be used for different voltages, 220 kV, 400 kV, etc.

What are the specifications and performances of SBB’s ERS Emergency Restoration System towers?

SBB is an ERS Emergency Restoration System manufacturer and modularity is at the heart of our concept. Our goal is to allow a minimum of components to cover a maximum of your needs in the field. In fact, no heavy machinery is required to erect or dismantle an SBB tower, as its components remain lightweight. We provide all the necessary tooling for the installation teams, as our products are turnkey. Your teams also benefit from trainings, both in field, to participate in the demonstration of a complete assembly, and with software applications, that are used to evaluate the configurations that are useful in each particular case. 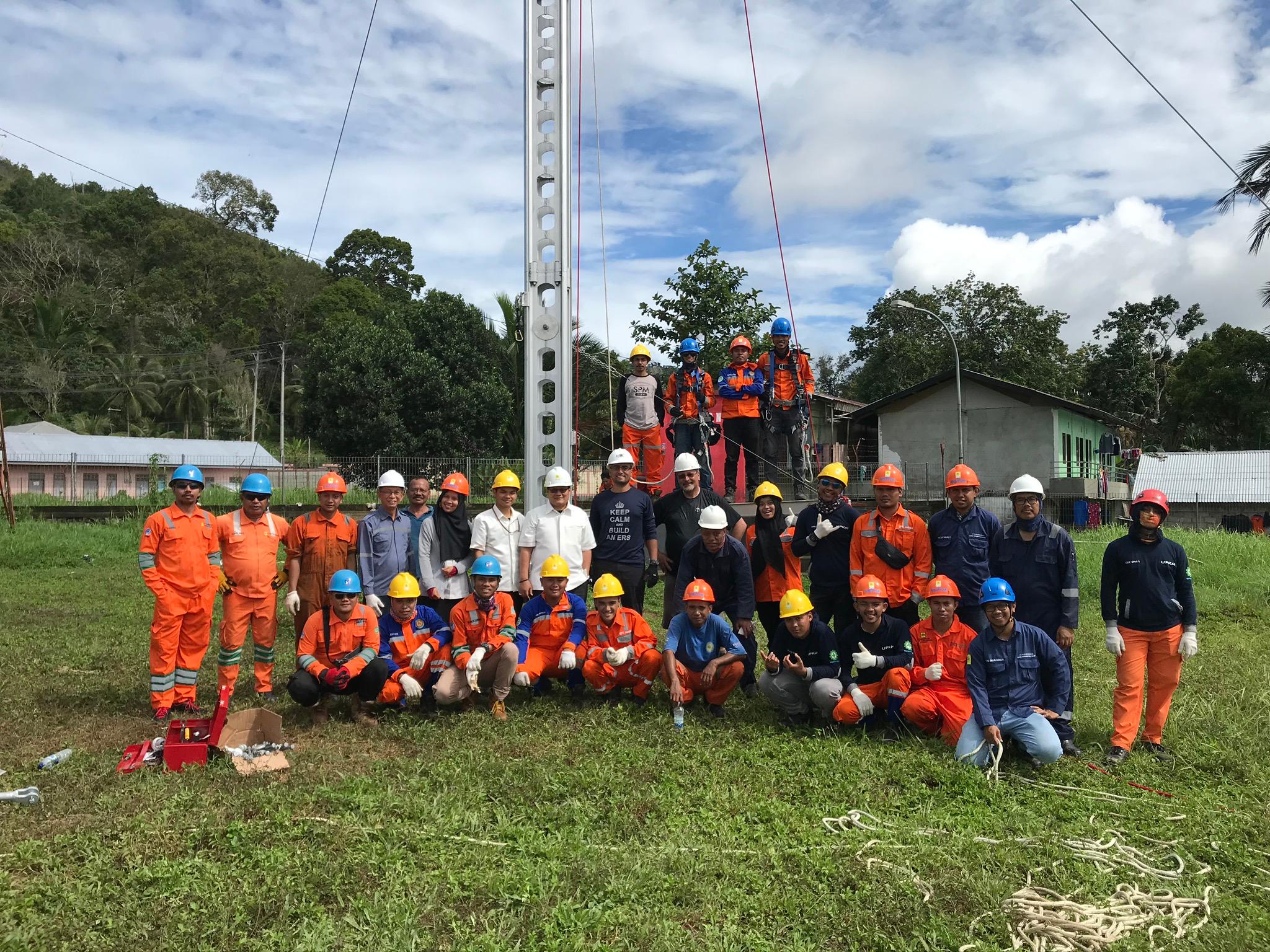 Modularity is pushed even further as our ERS restoration towers system can be erected in flexible ways according to other applications : these include wind measurement tower, gantry tower or protection gantry, lightweight tower on a construction site, crane tower for construction, or emergency telecom tower.

In terms of assembly, a 30-meter tower can be installed in less than a day by a team of 6 people. Capable of withstanding winds of 270 km/h, and temperatures between -45 ° and + 60 ° Celsius, our towers are particularly robust, and can stay on site for several months. Specifically, for the design, manufacturing, and testing of its ERS towers and their components, SBB complies with industry standards (CSA, ASCE, IEC) and the IEEE guide, to name but a few.

Weighing less than 135kg, the sections can be easily transported by 2 people. Thanks to the sliding gin pole created by SBB, each section is quickly nestled into the previous one, while working at the peak part of the tower.

And the linemen have not been forgotten because SBB also focuses on workers’ safety by using the following: CE certified fall arrest device which slides along the rails on the edges of the towers, a very useful working platform used during the installation phase of the insulators, a resting platform, a light winch, and the ball-joint gin pole. Our R&D department seeks to facilitate the movements and improve the comfort of the teams.

As a result, the long cycle of reuse and the range of possible uses, reduce your acquisition costs over time. Knowing that SBB towers can last for decades! Standard tools, no maintenance thanks to the aluminum design, long life cycle, easy to move repeatedly to new sites; everything is designed to be optimized.

To sum it up, the 10 advantages of an ERS Emergency Restoration System tower are:

In closing, with more than 3000 Emergency Restoration System towers sold worldwide, SBB is the leader in emergency, efficient, modular, and safe towers.